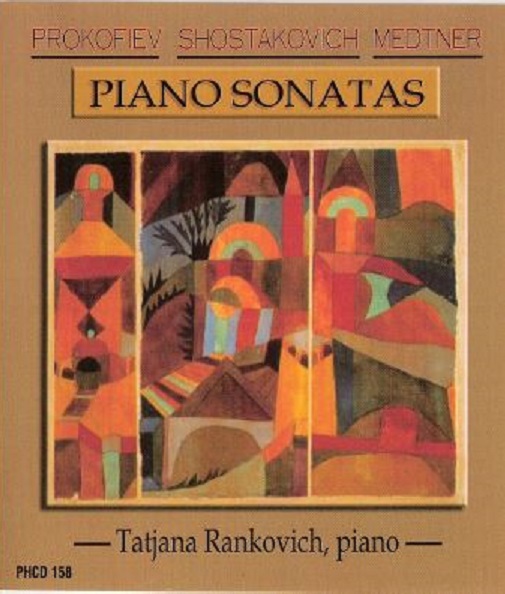 Dmitri Shostakovich      Sonata No.2 in b minor

The present disc offers a colorful sampling of sonatas from the “golden age” with examples by three of its most illustrious exponents: Prokofiev’s Second Sonata and Medtner’s Sonata Reminiscenza, both written in the years surrounding the First World War and the Bolshevik uprising; and Shostakovich’s Second Sonata, dating from the period of the Second World War. Different as these three works are from one another, the Beethoven legacy remains an inevitable part of their formal and dramatic design. The preference for terse motifs in the Medtner and Shostakovich sonatas can also be traced to Beethoven. As with much Russian music of the 19th and 20th Centuries, one also finds in these works a certain tension between the respect for conformity to the classical models and the fierce need for independence, the latter borne of Russia’s geographic isolation and strong national identity.

Each of the three sonatas is very much a product of its time and place. The environment of political and artistic turmoil in the early part of the 20th Century elicited a very different response from Prokofiev, a precocious conservatory student brazenly challenging textbook conventions, as compared to Medtner, a well-established musical reactionary whose sonata is laced with reveries of the past. Shostakovich’s sonata, on the other hand, written at the height of his career, serves as both a personal tribute to the loss of a friend and a profound reflection on a nation recovering from a genocidal occupation.