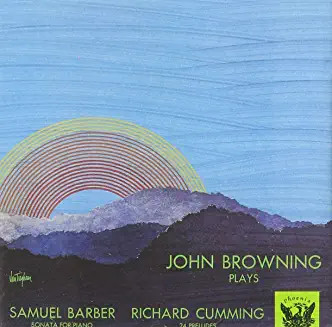 Barber’s “Piano Sonata” (1949) makes use of twelve-tone serialism but contains Barber’s signature lyricism. It is considered the most important composition of the second decade of Barber’s career and is marked by an intensity and a bigness of conception that stamp it as a mature work. It was composed on commission from the League of Composers and its first New York performance was on January 24, 1940 by Vladimir Horowitz.