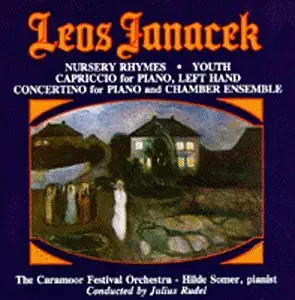 Leos Janacek(Czech, 1854-1928). Janacek hit his stride late in life. After some fairly average, Dvorak-like pieces, he was 50 when his opera Jenufa, strongly influenced by Moravian folk music, became a success. Even then he had to wait a dozen or so years before he won an international reputation. After that there was no stopping the old boy. He wrote four operas including The Cunning Little Vixen, and also began a relationship with a woman 40 years his junior called Kamila Stösslová; there are some who believe that the second movement of his String Quartet No. 2, subtitled Intimate Letters after the correspondence between the unlikely pair, depicts the consummation of the relationship, real or imagined. Janacek was in his 70s when he wrote the quartet, so if it was real, there was clearly as much driving, bustling energy in the old man as there is in his music.