Music from the Holocaust 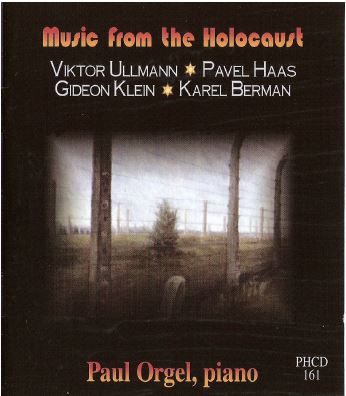 Music from the Holocaust

MUSIC FROM THE HOLOCAUST

The four composers represented on this recording reflect the rich diversity of Czech musical life during the 1930s and early 1940s. In their music one hears expressionist gestures, tonal lyricism, folk melody and rhythmic vitality, all interwoven in a manner that eschews superficiality or sentimentality. While each composer speaks with a unique voice, they share common national origins and love of country and will always be linked by the shared tragic fate that brought them to one of the Nazi realms of the damned, the Terezin concentration camp. Of the four composers, only one, Karel Berman, would survive the war. Of the remaining three, Pavel Haas and Viktor Ullmann, would be murdered in the gas chambers of Auschwitz while Gideon Klein would disappear after several months of forced labor.