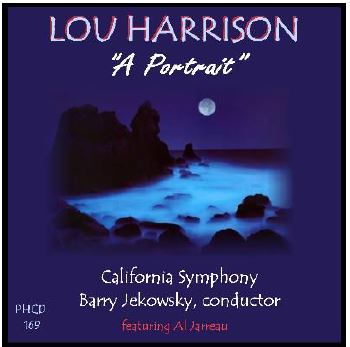 Lou Harrison (1917-2003) has stated that music is essentially “a song and a dance” – expansive melody (which he calls “the audience’s take-home pay”) and lively rhythm. The rhythmic strain is apparent not only in his many percussion ensemble works (e.g. Double Music. Concerto in slendro), but also in the wealth of dance movements that permeate his chamber and orchestral compositions (e.g. the ‘stampede’ from the Last Symphony). The melodic strain appears even in the most dissonant of his compositions. Harrison’s devotion to melody and rhythm was strongly encouraged by his mentor, Henry Cowell, whose course ‘Music of the Peoples of the World’ he took in San Francisco in 1935. Cowell taught that most of the world’s music consists of a melodic line with rhythmic support. He encouraged his students to explore world musical cultures, to seek new sound-producing media, and to unite disparate musical styles – all traits that figure prominently in Harrison’s work.