Concerto for Orchestra
Diversions on a Theme, Op.21 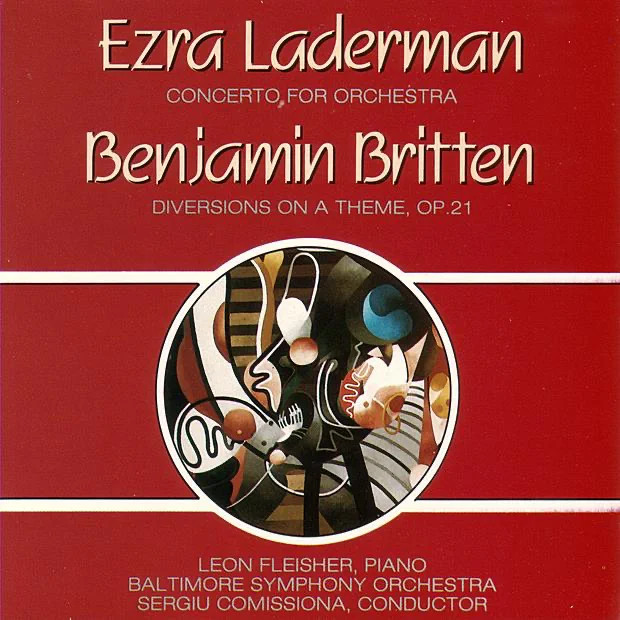 Benjamin Britten’s “Diversions” was written in Maine in 1940 for left-handed Viennese pianist Paul Wittgenstein. Britten had known of the performer’s courage and skill in overcoming insuperable difficulties and was attracted from the start by the compositional challenges offered by the commission. “In no place in the work,” Britten commented, “did I attempt to imitate a two-handed piano technique, but concentrated on exploiting and emphasizing the single line approach…Special features are trills in the Recitative, widespread arpeggios in the Nocturne, agility over the keyboard in the Badinierie and Toccata, and repeated notes in the final Tarantella.”

The Ezra Laderman “Concerto for Orchestra” was completed in February 1968 resulted from a joint commission by the Minnesota Orchestra and The National Endowment for the Arts. The score bears the title “Concerto for Orchestra” because it treats, in the tradition of the Baroque Concerto Grosso, single instruments, ensemble groups, and entire sections within the orchestra as soloist. The work is in three movements and is a highly charged dramtic explosive work for the virtuoso orchestra.