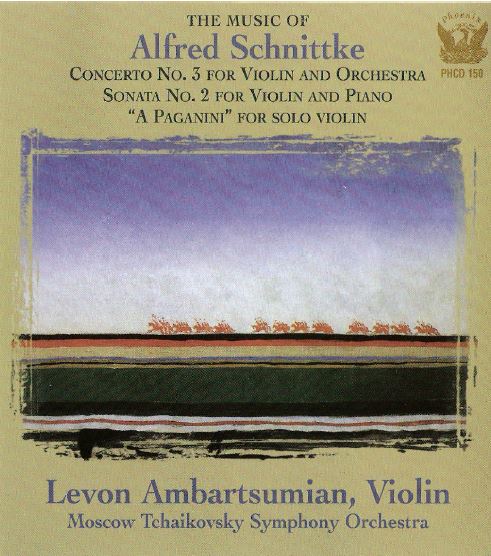 Alfred Schnittke Concerto No.3 for Violin and Chamber Orchestra (1978)

Alfred Schnittke was the leading figure of the Soviet post- war avant-garde and remains a prominent composer of international acclaim. His numerous works can best be described as eclectic. The majority were written using the classical forms of symphony, sonata and concerto, but with twentieth-century freedoms applied. The result is a mixture of past and present and is representative of his hallmark trait of “polystylism.”

Schnittke’s Sonata for Violin and Piano, No. 2 (1968) was his first experiment into polystylism and contains harp musical contrasts and collisions of distant, even polar, styles and ideas. It begins with a single, unexpectedly loud chord on the piano, which, after a long pause (approximately 6 seconds), is answered in the same manner by the violin. A struggle between the worlds of disharmony (present) and harmony (past) ensues. Brief, dissonant chords, glissandos and agitated, chaotic sounds are juxtaposed with various transformations of the motif B-A-C- H, first introduced in the piano in a quiet chorale harmonization. In other settings it appears in a romantic style, à la Liszt, and later in combination with the theme from Beethoven’s Variations, Op. 35. In its final guise, the motif is tainted by dissonance’s “impurities,” thus ruling out the possibility of pure harmony in today’s disjunct world. Although also composed using polystylistic techniques, Schnittke’s Concerto No. 3 for Violin and Orchestra (1978) is a bit more restrained. While energetic at times, the overall sense and direction of the piece is towards the quiet and deeply moving ending. The chant-influenced orchestra writing treats the ensemble like a large organ in which each instrument functions like a “stop,” reserving the section string sound for the very end. The last movement also contains a vestige from the past in the form of a theme in the style of Carl Maria von Weber. Coupled with a return of the chant-like theme in the strings, it creates a dark, ominous atmosphere at the close of the work. As one would expect from its title, central to Schnittke’s A Paganini for Violin (1982) are excerpts from Nicolo Paganini’s violin music, namely the Caprices. The themes are presented as part of a cadenza (direct precursor to the caprice), once again interrupted by harsh chords. Non- Romantic in conception, this very difficult piece could be interpreted as a nightmarish portrayal of Paganini’s so- called “devil-inspired” violin playing.