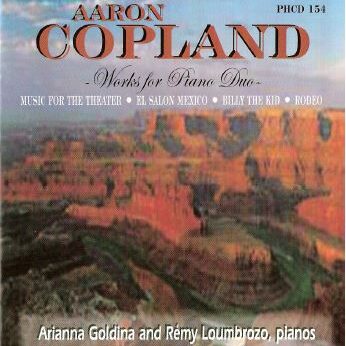 Throughout his long and distinguished career Aaron Copland (1900-1990) held a leading position in American classical music. The diversity of his output is extraordinary: it ranges from early avant-garde works to the folkloric and immediately accessible compositions, to experiments with atonality and serialism. Yet, regardless of the stylistic approach, Coplands music, always characterized by clearly shaped structures and easily recognizable and economical thematic material, consistently upholds his highly-set musical ideals.

The piano was central to Coplands creative work. He always composed at the keyboard and its sonorities and gestures are clearly discernable in his music. Not only was the piano featured in numerous larger scores but many of his orchestral works were, essentially, original pianistic conceptions written down first for two pianos and orchestrated only later. Not surprisingly, the two- piano versions received several public performances, given by the pianist John Kirkpatrick and Copland himself. Another duo piano partner was the composers friend and colleague Leonard Bernstein, who not only collaborated with Copland in performance but also made a two-piano arrangement of El Salon Mexico, heard on this CD.