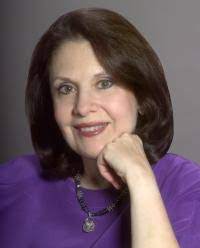 Barbara Ann Martin made her New York Philharmonic debut with Zubin Mehta in performances of George Crumbs Ancient Voices of Children. She was invited by Mehta to repeat this work in Europe with the Berlin and Vienna philharmonics, the Maggio Musicale (Florence), and with the Montreal Symphony, receiving unanimous and enthusiastic reviews. She has performed and recorded works by Argento, Babbitt, Consoli, Hovhaness, Husa, Sarmanto, Thomson, Talma, and Ung. She has sung with orchestras and ensembles such as Speculum Musicae, New York Woodwind Quintet, Orchestra of St. Lukes, Aeolian Chamber Players, American Composers Orchestra, Brooklyn Philharmonic Orchestra, American Brass Quintet, New Music Consort, Merlin, Cube, New Art Ensemble, and the San Francisco Contemporary Music Players, among others. During the 1992 and 1993 summer seasons, she performed at the Salzburg Festival as principal soloist in works by George Crumb, Sofia Gubaidulina and György Kurtag. For the past five years, she also has been giving courses al the International Summer Academy Mozarteum in vocal technique, standard repertoire, and twentieth-century American vocal music. Ms. Martin has served on the faculties of Bennington College and the City University of New York. She is presently on the faculty of the Music Center of the North Shore, in Chicago. Barbara Ann Martin has made herself a champion of the contemporary, performing grueling works by Shostakovich, Gubaidulina, Kurtag, Argento, Babbitt, and Hovhaness, to name a few. The Chicago-based singer’s commitment to modern music can be traced back to 1973, when she first heard George Crumb’s Ancient Voices of Children (1970). Martin fell in love with the piece, mastered it, and has since made her reputation by performing it almost 70 times, including at its Chicago Symphony Orchestra premiere and on a CD for the CRI imprint.